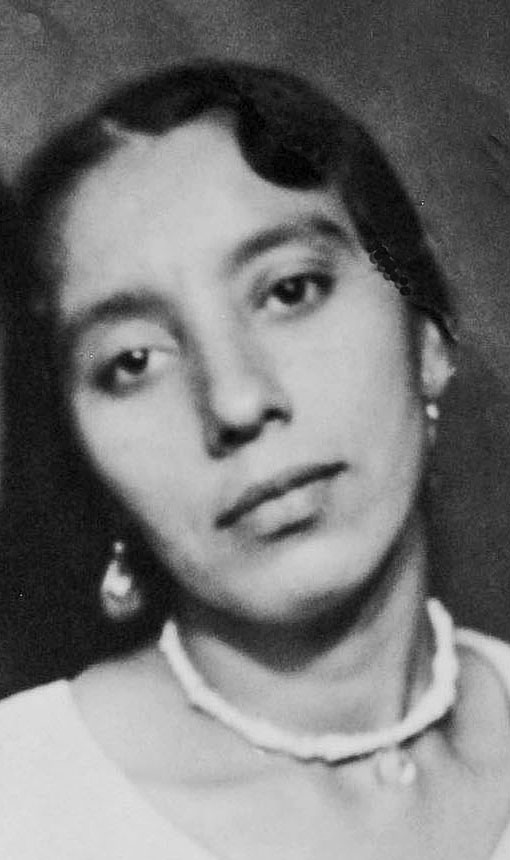 What I am remember from my earliest memories of Mom, is she was always doing something. When she wasn’t in the kitchen cooking, making tortillas, she was either washing clothes, cleaning, or sewing our clothes. Mom used a Singer sewing machine that was operated by a foot pedal and she made  dresses and shirts on it. I barely remember when Dad would wake up early to get to work and of course Mom would be up making him his chow and getting him some coffee for his breakfast. I don’t know why any of us has not died of a heart attack by now as I always remember Mom using Farmer John  manteca to cook for everything. We used to buy the lard in a big giant tub as we used to go through the stuff pretty good. And when  Mom wasn’t using the Farmer John manteca she would save the grease from bacon and use that later on in something else. But the lard is what gave Mom’s flour tortillas the great flavor. In the kitchen, every now and then, Mom would drop some dishes or a pot or pan, and when that happened she would always say “Hay viene la visita”, company is coming over.

Seems like Mom was always making some salsa too using her molcajete. That was pretty hard work but she never complained. Nowadays have to guess almost no one uses the molcajete to make salsa, it’s easier to use a blender

Ever since I can remember Mom always went all out for Christmas. Setting up the manger with all the little animals and the wise men all around the empty manger. At Christmas Eve, I think, was when she would have us help her sing the carols and lay baby Jesus to rest in the manger. Then after this we would all chow down on tamales she always made for the celebration.

Since Mom grew up in the hills she knew about crops and gardening. In the vacant lot next to the old house Mom grew vegetables for our consumption. Corn, squash, tomatoes and of course chili.

Another part of our daily diet was chicken and rabbit. Mom and Dad had a chicken coop in the back yard of the old house. We had a few chickens and one big nasty rooster to take care of the hens. It was sort of an adventure when we took turns to get eggs out of the coop as the rooster would try to scratch you with his claws. Every now and then Mom would take out one of the hens for dinner. She would get the hen to lay down and place the neck on a chopping block, then whack! Off with her head! It was sad to see but fascinating for us as kids to watch the headless chicken flop all over the place squirting blood.

While we were all very young, Mom would have us walk with her to the ranch to pick string beans at Tanaka’s Farm, usually on the weekends and during the summer too. This was located somewhere by Centralia and where the 605 freeway is now. There was one other ranch we used to work at where Forest Lawn Cemetery is now. Same thing, picking string beans.

Mom was involved in the church choir as soon as St. Peter Chanel opened for business in the Gardens. She was joined by Tía Juanita and Tía Paula too.

None of us ever asked Mom about how she met Dad and their early life. So it has been a journey trying to unravel  this mystery of our parents. Recently I found out from Tío Beto and Tía Paula, that after our Abuela Diega passed away in 1935, Abuelo Bartolo and the remainder of the family stayed in the Waco area until 1937. It was then that Abuelo wanted to head back to the rancho in San Luis Potosi. Tío Beto recalls that by this time, he was 8, and he remembers that Mom was already “novia” with Dad. And that didn’t sit well with Abuelo and was the reason he wanted to go back to the rancho to get Mom away from Dad. On the night they were to begin the trek home, Mom hid and took off and went into hiding. Tío does not know who she went to stay with, but she had friends in Waco, probably from the church there. So she stayed hidden until Mom and Dad were married in secret at St. Francis Church in Waco, Texas, on February 5th, 1938. They settled down in Valley Mills, Texas while working on a farm in the area at least until 1942 when Dad had to register for the draft in 1942 at the age of 50.